Alabama Barker is asking fans to pray for her father, Travis Barker, after he was rushed to the hospital Tuesday afternoon.

Travis Barker was just RUSHED to the hospital! And fans are thinking this mystery medical emergency is serious as this new news spread, his daughter, Alabama Barker, just took took to her isntagram story to write “please send your prayers.” with an about to cry emoji….

“Please send your prayers 🥺,” the 16-year-old posted via her Instagram Story minutes after news of the musician’s hospitalization broke. 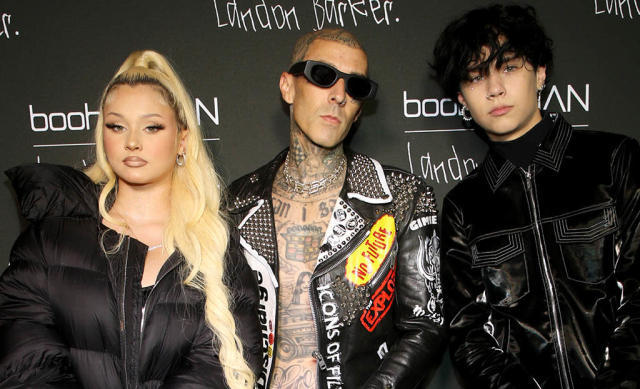 Kourtney’s security team followed behind the ambulance in a black Range Rover. Both vehicles seemed to have entered through the wrong area as hospital personnel redirected them to a different entrance.

Barker has been open in the past when it comes to his health. In 2018 he took legal action against California’s Medical Imaging Center after a routine check-up allegeding they left him with nerve damage. The workers were allegedly unable to find a vein to inject him with a sedative before an MRI, and they had 40 separate attempts with a dirty needle that resulted in nerve damage and a staph infection, per NME.

That same year Blink-182 confirmed they called all their upcoming tour dates due to his ongoing medical issues. “Medical issues have sidelined Travis per doctors’ orders,” the band said. “Trav’s medical team anticipated that he would be well enough by fall to tour but after recent checkups, they were not able to clear him in time for the scheduled run of date,” they added.

Barker was also involved in a horrifying plane crash in 2008, where he was one of two survivors. The other survivor of the crash, Adam Goldstein, aka DJ AM, passed away a year after the crash from a drug overdose.

Travis suffered from PTSD and survivor’s guilt along with second and third-degree burns covering 65 percent of his body. The terrifying event did however lead the artist to get sober from drugs. “People are always like, ‘Did you go to rehab?’” he said. “And I [say], ‘No, I was in a plane crash.’ That was my rehab. Lose three of your friends and almost die? That was my wake-up call. If I wasn’t in a crash, I would have probably never quit,” he told Men’s Health in 2021.

Hopefully, Barker is released from the hospital soon.