The two musicians were spotted kissing outside of the Indian restaurant Lal Mirch in the Studio City neighborhood of Los Angeles on Tuesday night, further fueling romance rumors between the Grammy-winning “Happier Than Ever” musician, Billie Eilish (20) and The Neighbourhood frontman, Jesse Rutherford.

#JESSE and #BILLIE: we never go out of style! pic.twitter.com/NfvcjRoFmV

In some photos and videos of the pair, Billie can be seen in black hair, a gray sweater for dating night with Jesse, who wore a black-and-white striped long-sleeve t-shirt with an over-the-shoulder bag.

The couple enjoyed the night together, shared a love kiss at the end.

CUTE! Billie Eilish and Jesse Rutherford of The Neighborhood are officially dating after they appeared kissing on the street. Congratulations to the couple! 🥹 pic.twitter.com/WkjnmEPkcu

Billie has previously been romantically linked to the rapper Q (whose real name is Brandon Adams) and spoke about the relationship in her 2021 Apple TV+ documentary The World’s a Little Blurry.

Apparently Jesse Rutherford (31 years old) is dating Billie Eilish (20, whom he’s known she was 15) I’m sorry but if they really are together then that’s weird and there’s a word for him that starts with g and ends with roomer

The couple Billie Eilish and Jesse Rutherford, who were first caught together in Studio City last August, did not give a new appearance to the press by hiding their relationship. In fact, Billie’s manager, Danny Rukasin, stated that there was no union on the subject, and that Billie and Jesse were just two close friends.

But yesterday, the two went out to the street hand in hand and announced their unity to the whole world.

But the 11 years between Billie and Jesse took social media up yesterday. According to fans’ claims, the couple Billie and Jesse met when Billie was just 14-15 years old. Some accounts claimed that they could have been together before. As a result, Billie is 20 and Jesse is 31 today. Two adults, both healthy. It is perfectly natural for them to have any kind of coexistence.

Well, do you think the age of 11 is an obstacle for people to live together as a couple?

Billie Eilish once again dating a man MUCH older than her and it’s JESSE RUTHERFORD FROM THE NEIGHBOURHOOD? AND HE’S APPARENTLY KNOWN HER SINCE SHE WAS 15?? BILLIE THIS ISNT YOU pic.twitter.com/ELqZOpUAJx

Earlier this week, the musicians made headlines when they were spotted out together at Crossroads Kitchen on Oct. 13 in Los Angeles. Although the status of their relationship has yet to be confirmed, the two sparked dating rumors as they were seen cozying up to each other at the restaurant in photos obtained by TMZ. 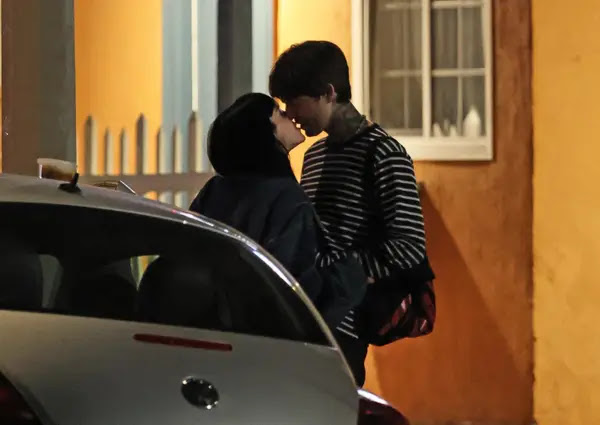 Stay Connected with viral.Trends72.com – Follow for more updates, you will be notified soon. Thanks