Casey Donovan has come a long way since she first appeared on Australian TV screens at age 16.

The winner of Australian Idol 2004, 34, is now experiencing a delightful career renaissance 18 years after her music career was launched on the reality series.

She’s been a rideshare driver, podcast host, medical receptionist, theatre performer, author and actress. And lately, Donovan has been an inspiration to many thanks to her impressive health transformation.

Speaking to 9Honey, Donovan says her health journey was “a long time coming” after she reached a major weight milestone earlier this month.

“Life happens… we went through a two-year pandemic and this threw a spanner in the works for everyone,” Donovan explains.

“I just stopped and thought, ‘Okay, what do I need in my life?’ It was time for me to get out there and become the best version of myself.

“Being on Jenny Craig has been an absolute Godsend. We only get one vessel in life and I want to be ready for whatever life throws at me.”

Even though her recent weight loss was a proud moment for Donovan, she says her health journey is constantly evolving.

READ MORE:   How Did Nick Holly Die? Longtime Manager and Co-creator of ABC’s Sons & Daughter, Dies at the age of 51

However, she does enjoy the shocked comments from friends and family – even fans – who recognise the effort she has put in.

“My life has been a constant journey of finding my happiness and the healthiest part of me,” she adds.

“I’ve had a lot of people commenting on just how happy and healthy I’m looking. It’s been a beautiful response. It’s still a shock to me when people come up and say, ‘Oh my god, you look amazing. But you’ve always looked amazing’.

“I get it, it’s fine and it’s a common ground for people to have with me.”

Life has certainly thrown a few curve balls at Donovan. The singer was only a teenager when she became the apple of the Australian music industry’s eye.

Donovan admits it was a lot of her to contend with at such a formative age.

“Coming from being a teenager who was just studying music to then being a household name… and not really knowing what was ahead – it was a bit of a Godsend because I’ve been able to slowly learn throughout my career,” she says.

“It’s also allowed me to reinvent myself and ask myself if music is what I really want to do. I stopped music for a few years and just worked as a medical receptionist and some odd jobs, then got back into music.”

The 9 to 5 performer is proud to say she’s always had a strong work ethic. No job is beneath her, including being a rideshare driver.

Donovan says her commitment to work and building her future is why she partnered with rideshare app pays, which helps users avoid surge charges and find the best price.

“I thoroughly enjoyed being a driver,” Donovan says happily. “It was so nice to take myself out of the music industry and be an everyday person who just wanted to earn some money and keep a roof over my head.”

During her brief time as a driver, the Australian Idol alum admits she was recognised by passengers several times.

“The recognition was next level,” Donovan laughs. “People would say, ‘Am I in the wrong car?'”

“After 12am, it was party central. I’d even sing a few songs for people in the car. I also met some amazing people from all walks of life.” 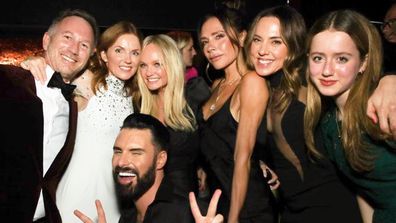