Cristiano Ronaldo is opening up about the bittersweet addition of baby Bella to his family with partner Georgina Rodríguez.

When Bella was born during April, her twin brother died during childbirthand Ronaldo has opened up to Piers Morgan about how he and Rodríguez had to explain to their other children why they were only coming home from the hospital with only one baby.

“After one week I [said]’Let’s be upfront, and let’s be honest with the kids. Let’s say that, Ángel, which is his name, he go to the Heaven,'” he continued.

﻿”They say, ‘Daddy I did this for Ángel,’ and they point to the sky,” the footballer explained. “Which I like the most because he’s part of their lives. I am not gonna lie to my kids, I say the truth, which was a difficult process.”

Ronaldo says losing ﻿Ángel was the “worst moment” of his life since his father died in 2005, saying the grieving process was “hard to explain” and because of Bella’s safe arrival, he had never felt so “happy and sad in the same moment.”

“We had quite difficult moments because we don’t understand why it happened to us,” Ronaldo said.

In October 2021, ﻿Ronaldo and Rodríguez announced they were expecting another set of twins.

“Our hearts are full of love – we can’t wait to meet you #blessed,” Rodríguez wrote at the time.

READ MORE: Why Stallone and Schwarzenegger once ‘truly loathed each other’

Six months later, however, the couple announced they were “devastated” after losing their son in childbirth.

﻿”It is with our deepest sadness we have to announce that our baby boy has passed away,” Ronaldo and Rodríguez said in April. “It is the greatest pain that any parents can feel.

“Only the birth of our baby girl gives us the strength to live this moment with some hope and happiness. Our baby boy, you are our angel. We will always love you.” 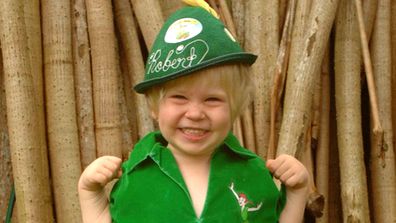