Kanwal Shauzab, a former MNA and leader of the Pakistan Tehreek-e-Insaf (PTI), has endured online abuse based on ‘leaked videos.

Kanwal Shauzab, a former MNA and leader of the Pakistan Tehreek-e-Insaf (PTI), has been the target of online abuse based on so-called “leaked videos.”

Ex-PTI MNA Kanwal Shauzab posted screenshots of a WhatsApp conversation in which the sender demanded $50k from her to stop the distribution of her videos.

It displayed the exchange between the PTI leader and the unnamed individual who began it by saying, “Received job about you with video proof, we informed once before signing any contract that if you wish to make appropriate demand which can be suitable for both end, then we can commit accordingly.”

What job? Shauzab inquired. It responded, “This is very unfortunate that politicians hired social media platforms against each other with leaked videos of each other.”

As stated in the message, “Cut to the chase, if you wanted to stop and hold your video in the mainstream media then we can hold and assure you that our team can detract your video in a very untrue or fabricated stuff, then all the viewers can determine that it’s fake, although we have observed and verified that it’s your personal video, but anyway simply and silently if our team will get the service charges before the end of Saturday 3rd, we can commit to hold the other party

“Second, don’t waste time to be perceived as any kind of blackmailing because even if we declined the request from the other party, they will hire someone else to spread the same video, so be positive and respond now that who will pay to our point of contact,” the author advised.

“And if not, then try to think once that if we declined the request of another party, they would hire another and we would never be responsible in any case, and if you pay, then we know how to hold and how to create any real video into a fake, fabricated, or useless of those who wanted to discredit you for their political opponents.”

“Think about it, and choose silently 50K $ in advance, which is although very little but required for our international team who can hold everything even if someone else plans to upload the same, then they will find it fake or fabricated as well. Therefore, if agreed, then you must respond for the account number or the contact details where you will drop or transfer the necessary service charges.”

The fascist regime, which used deepfake to make copies of Shahbaz Gul’s videos, is afraid of competition in the market, which is why these threats are being made. I will bravely fight in this war because Allah controls my honor and shame. I am not afraid of such filth.

You can watch Kanwal Shauzab Leaked Video Detail right here below 👇🏻👇🏻. Warning: NSFW Content – Viral.Trends72 is not responsible for the content of external sites. 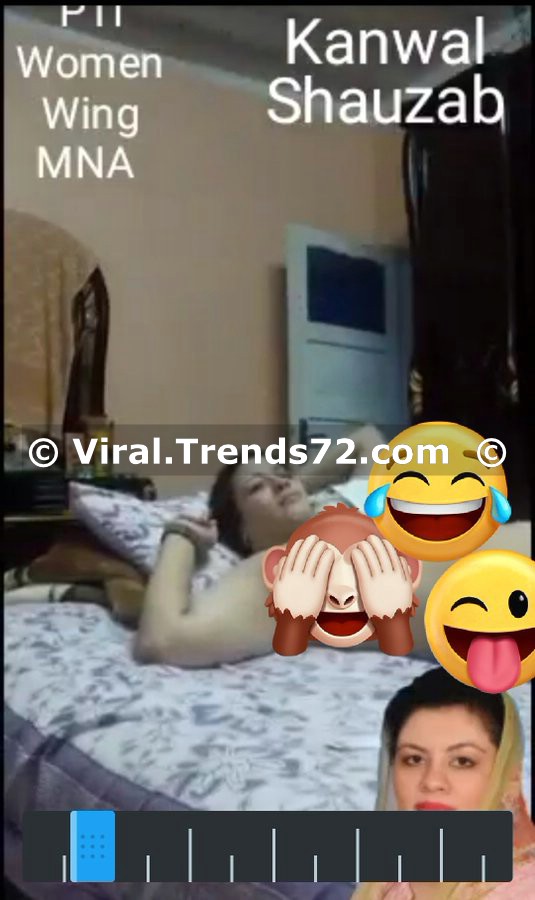