Leonardo DiCaprio and Gigi Hadid have been spotted together yet again.

According to PageSixthe high-profile pair were seen separately stepping out for a dinner date at Cipriani in New York City Friday night.

Rumours that the actor and the model were first spending time with each other were confirmed to PEOPLEwhen a source relayed the pair were “getting to know each other” back in September.

The news came just days after it was confirmed DiCaprio had split from his long-term model girlfriend, Camila Morrone.

At the time, DiCaprio, 48, was facing public heat when a trend emerged that the actor consistently dates women in their early twenties and splits up with them when they get to 25.

However, his brewing romance with Hadid, 27, seemingly breaks DiCaprio’s trend of dating women under the age of 25.

Hadid had also split from her long-term partner, Zayn Malik, with whom she shares her daughter, Khai.

Shortly after, the pair were then spotted together again and photographed for the first time at a party in New York City.

At the time a number of sources revealed Leo was “taken with Gigi” and that he had “his sights set on Gigi,” but “she doesn’t want to be romantic with [him] right now”.

Shortly after initial reports that the couple were spending time together surfaced, the pair further ignited rumours when they both showed up to the same Halloween party in New York City.

Both Hadid and DiCaprio pair arrived at Circoloco’s Halloween bash in a party bus, joining guests including Irina Shayk and her famous sister, Bella Hadid.

Since that Halloween party, numerous sources have confirmed separate occasions of Hadid and DiCaprio spending time together. This includes a sighting earlier this month where some of the actor’s closest friends were spotted at Hadid’s launch of her clothing line.

After pictures emerged of the pair, it was reported that Malik unfollowed his famous ex on Instagram. However, sources insist the pair are just taking things slow for the time being and getting to know one another. 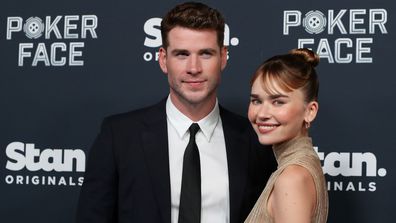