A publishing company has delayed the immediate release of Aaron Carter‘s unfinished memoir, following backlash from the late pop star’s ex Hilary Duff, his family and his publicist.﻿

The subject of Carter’s memoir, Aaron Carter: An Incomplete Story of an Incomplete Lifehas been a controversial one given claims from his management that, prior to his death, Carter had been fighting with publisher Ballast Books to stop the book from going to print.

Yet, following the I Want Candy singer’s unexpected death on November 5excerpts from the book were released, and a posthumous publish date set for this Tuesday, November 15.﻿﻿

Now a representative from Ballast Books has confirmed the publication of the book has been delayed “out of respect” for Carter’s family.﻿

“And he wanted our client, Andy Symonds, a well-respected journalist and author, to tell that story with all its beauty and rawness.

He continued: “Public attention has recently focused on a small number of interactions during Mr. Carter’s early years. The more important story is about Mr. Carter’s life as a whole and what people can learn from his professional success, his personal struggles and his tragic passing.

“Out of respect for the Carter family, my client has decided to defer further release of the book at this time. Mr. Carter was not just a celebrity, but he was also a father, a brother, a son and a friend to many who are still grieving for him.”

The swift decision from Andy Symonds, the journalist who wrote Carter’s memoir, which is based on three years’ worth of interviews with the pop star, ﻿comes after some fiery words from many who were close to Carter, including his ex-girlfriend, actress Hilary Duff.

“It’s really sad that within a week of Aaron’s death, there’s a publisher that seems to be recklessly pushing a book out to capitalise on this tragedy without taking appropriate time or care to fact check the validity of his work,” she said in a statement to E!Online.

Duff was unfortunately the subject of some of the excerpts that were released, having dated Carter when she and he were both 13.﻿

In her statement, Duff also said that to “water down” the story of Carter’s life for “what seems to be unverified click-bait for profit” is “disgusting.”﻿

Carter’s publicist went on to claim that the singer had fought for the book not to be printed, and that any excerpts being released were not welcome.

“Aaron, in the midst of [working on the book]said, ‘I want nothing to do with this’ and stopped, so the fact that the publisher is saying it’s green-lit, it’s not,” Carter’s publicist claimed to Page Six. “That’s against Aaron’s wishes.”﻿

Carter was found dead in his California home on November 5, at the age of 34. His official cause of death is yet to be released. 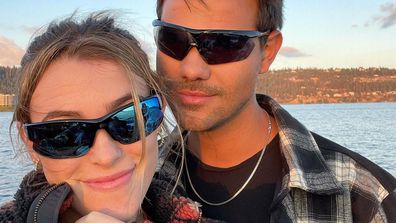