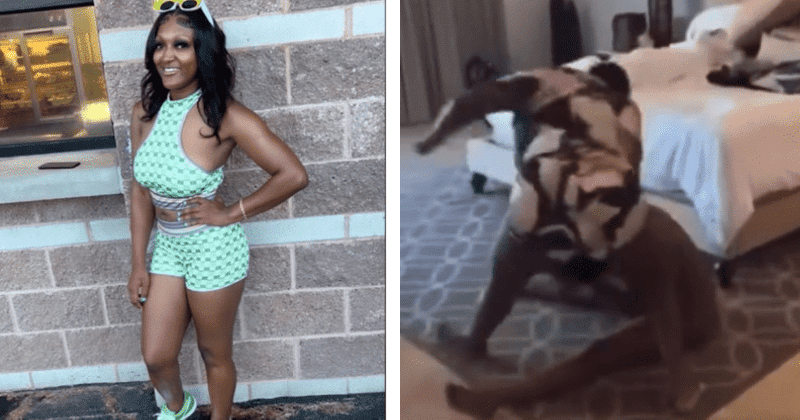 CHARLOTTE, NORTH CAROLINA: A distressing video of Shanquella Robinson being assaulted by a friend has gone viral on social media. On October 28, the Charlotte native was en route to Mexico with several friends.

The 24-year-old died just 24 hours after the group arrived at their location. Shanquella Robinson’s parents Salamondra and Bernard were informed that alcohol intoxication was the cause of her death. However, a shocking video shows a woman repeatedly beating Shanquella Robinson as she is naked in a room.

The violent attack was reportedly captured on camera by one of her friends at a villa in Cabo.

You can watch Shanquella Robinson fight video on Twitter by going through this link.

Other friends appeared to be supporting the attacker at one point as the victim lay on the ground. “At least fight back,” a man who was recording the incident was heard saying. Meanwhile, after the disturbing video was posted on social media platforms, many internet users demanded justice for the North Carolina-based businesswoman.

One person wrote on Twitter, “This is so evil.” “That’s disturbing & I hope the family gets justice,” another added. Someone wrote, “It’s so sad how people would secretly hate you and start plotting on you! She was invited on the trip because they had all this plotted already..within 24hrs of arriving she’s dead? No way.”

“Ok, I’ve seen enough. All 6 need to be arrested like now,” another added. “Well they all can share cells together😡😡” yet another user remarked. Meanwhile, the autopsy report earlier revealed Shanquella sustained a “broken neck and her spine in the back was cracked.”

The victim’s mother Salamondra Robinson revealed to WBTV“[I] spoke with her Friday evening she was having dinner and I never spoke with her again. On Saturday evening, they called and said she wasn’t feeling well, and they were going to call a doctor. And when they called, the doctor hadn’t arrived yet, but they said she had alcohol poisoning.”

“After they said it was alcohol poisoning, we received the autopsy report on Thursday and it said that her neck had been broken and she had a back spasm there was a crack, the spinal cord was cracked. That took it to a whole ‘nother level because that meant somebody had attacked her,” the victim’s mother remarked.

Meanwhile, in response to Shanquella’s death, the US Department of State said in a statement, “We are aware of these reports. Protecting the welfare of US citizens overseas is among our top priorities. Out of respect for the privacy of those involved, we have no further comment at this time.”