Sinclair’s now deleted Tweet read: ‘Racism was outlawed in England in the 60’s & it’s been allowed to thrive so why should black and brown mourn!!.’ His account has also since been deleted. 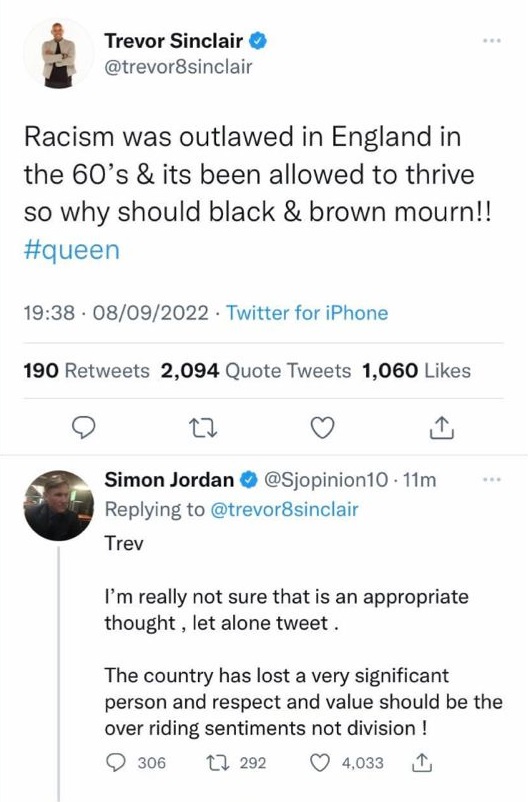 Former Manchester City player Trevor Sinclair has hit back after being subject to a wave of criticism after his comments on social media following the death of the Queen.

The Queen passed away on Thursday at the age of 96 after a 70-year reign. As the United Kingdom entered a period of mourning The FA, Premier League and Football League decided to postpone all football fixtures this weekend out of respect.

Allegedly reacting to the news of the Queen’s death, former City player Sinclair posted on Twitter: “Racism was outlawed in England in the 60s & it’s been allowed to thrive so why should black & brown mourn!! #queen.” That post has since been deleted.